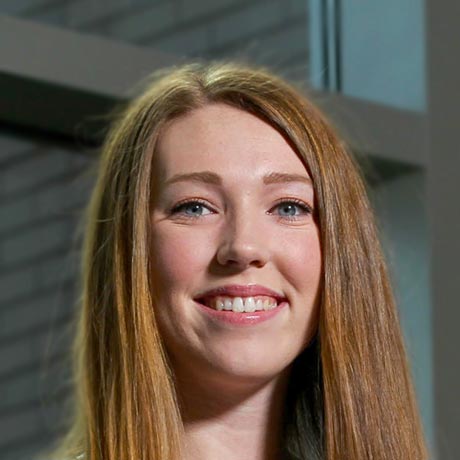 For Kirstyn Sperry ’19, it all comes down to teamwork. “Coming to Bryant from across the country, I wanted to prove to myself that I could do something new ­– and do it all on my own,” says the Arizona native. “But I came to realize I didn't have to do it all by myself. I’ve met so many people here who have become such a big part of my life, and I wouldn’t trade that for anything in the world.”

That approach has brought success. Captain of the NEC Champion Bryant volleyball team and a 2019 Rhode Island Association for Intercollegiate Athletics for Women Distinguished Student-Athlete, Sperry recently played alongside her friends and teammates in the NCAA Division I tournament. “Being on the court and looking up and seeing 5,000 cheering fans was surreal,” she says. “When I was a little girl playing with my friends on the YMCA team in third grade, I couldn't even imagine something like that.”

The team takes the game seriously, but they also encourage each other to excel academically. “We had such amazing experiences at the NCAAs or the NEC tournament, then at the end of the day, we’d go back to the hotel room and study together,” says Sperry, who has been selected to the NEC Academic Honor Roll three times and the Commissioner’s Honor Roll twice.

Sperry’s “team” extends to her Bryant professors, whom she credits with helping prepare her for life after college. “Things change so rapidly, you need to understand, or at least be knowledgeable about, everything that’s going on in the world around you and how it’s affecting your industry,” she says. “My professors all have a pulse on what’s going on in their fields right now.”

After graduation, Sperry will begin her professional career as a Staff One Auditor at EY. “I think one of the things they were looking for was leadership experience. We talked a lot about the projects I’ve done at Bryant, being on the volleyball team and my involvement in the community as well,” says Sperry, who has volunteered with the Special Olympics and was a recent finalist for the NCAA’s CLASS award.

As always, she’s playing to win – and knows she’s ready. “Bryant prepares you really well for your internships and your career.  From your first semester, you're giving presentations and getting comfortable in a business setting.”

Fidelity Computer Information Systems Project
• Analyzed 100,000 rows of airline data through pivot tables and graphs
• Made recommendations to Fidelity to improve marketing inside airports Financial Risk and Return – Stock Analysis
• Calculated adjusted returns, risk-free rate and beta of 5 stocks over the past 5 years
• Analyzed results of risk of investment for each company 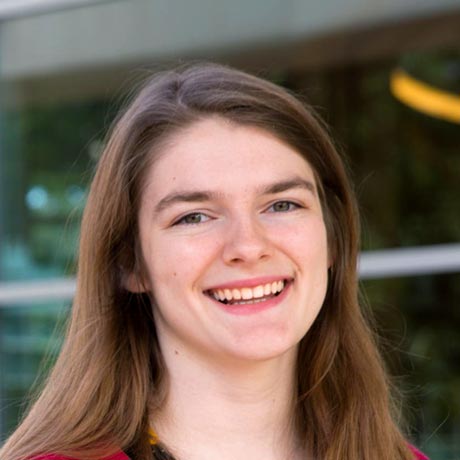 Combining diverse courses of study with a love for the arts is preparing a high-performer to thrive. 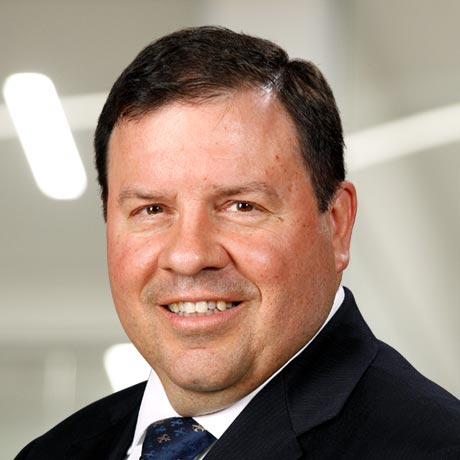 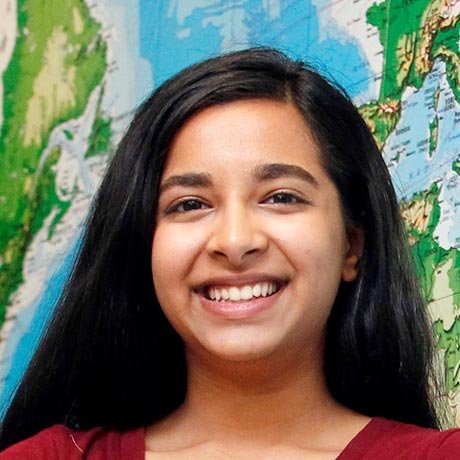 Shruti is combining her passions for problem-solving and traveling into a consulting role.